The Darkest Path
by Jeff Hirsch
YA F HIR

Civil war has torn the U.S. apart, with Federal forces trying to prevent a complete take-over of the country by the militant Glorious Path. Callum and his brother James were captured by The Path six years ago, and in order to survive, they had to pledge them their loyalty. Despite certain death if they fail, and the increased fighting in California, Cal now believes it is time to escape the clutches of the “beacons.” This page-turner is filled with action and suspense from start to finish! Fans of The Eleventh Plague won’t want to miss this new book by Jeff Hirsch. 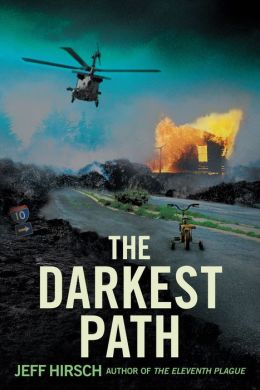